Physicians are encouraged to individualize treatments to manage complications Researchers recommend that people with JEB and attending physicians be made aware of this risk and individualize diagnostic and therapeutic strategies to manage these complications.

Multicenter studies are needed to make general recommendations, they added.

JEB is a rare moderate-to-severe form of epidermolysis bullosa that usually presents at birth or in early infancy and is marked by blistering over large areas of the body. The condition is caused by mutations in various genes that disrupt the production of proteins that strengthen the skin and that hold skin layers together.

Kidney-urinary tract (KUT) problems in JEB patients, such as swelling in one or both kidneys or blockage of urine flow, have been reported in small studies.

However, disease severity and the clinical course of kidney-urinary tract symptoms related to specific JEB-related gene variants have not been adequately characterized.

Therefore, researchers in Germany examined the medical records of 50 males and 49 females with intermediate JEB, a milder form of the condition.

The analysis found kidney-urinary tract involvement in 15 male participants, ages 3 months to 83 years, leading to a frequency of 30% in this group and a 15% prevalence overall. The age of onset for these symptoms ranged from the first weeks of life to 20 years, while follow-up after diagnosis ranged from 3 months to 54 years.

Genetic analysis of those with kidney-urinary involvement demonstrated variants in all JEB-associated genes. Patients with variants in the LAMA3 and LAMB3 genes, which disrupt the production of the protein called laminin 332, had severe urethral involvement requiring one or more urologic interventions.

The ITGB4 and ITGA6 variants, which impact alpha6/beta4 integrin protein production, had variable involvement in all levels of the urinary tract, including kidney swelling and disease. COL17A1 variants, which impair a collagen protein, were associated with inability to retract the skin covering the head of the penis.

Further inquiry showed that the genetic changes in the LAMA3, LAMB3, ITGB4, or ITGA6 genes led to low production and, thus, a deficiency in their encoded proteins.

Choosing Between Bad and Worse, I Learned to Become an Advocate

The researchers noted that despite the small sample size in this study, different levels of residual protein production seemed to correlate with more severe kidney-urinary tract involvement.

Proteins encoded by JEB-associated genes are well-known to support skin structure. To understand how deficiencies in these proteins lead to kidney and urinary tract disease, the team tested for their presence in the kidney-urinary tract tissue of healthy mice.

“These results suggest that the distribution pattern of JEB-associated proteins in the kidney and urinary tract matches that of the pathologic [disease-related] manifestations,” the team wrote.

Based on these findings, the researchers made several recommendations, including informing and monitoring patients at risk for kidney-urinary tract problems and treatment to prevent these complications. Invasive urologic diagnostic and treatment methods, if done by an experienced and interdisciplinary team, and individualized follow-up were also recommended. 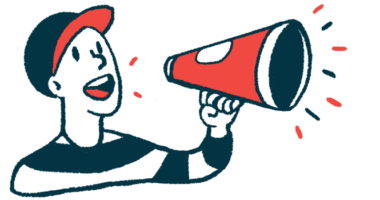