The five cases — the first reported among patients with Southeast Asian ethnicities — suggest that early screening for collagen type VII in suspected DEB could indicate a favorable prognosis, scientists said.

The report, “Self‐improving dystrophic epidermolysis bullosa: First report of clinical, molecular, and genetic characterization of five patients from Southeast Asia,” was conducted by a team from Singapore, Malaysia, and Indonesia. It appeared in the American Journal of Medical Genetics.

DEB is caused by mutations in the COL7A1 gene that affect the production of healthy type VII collagen. This protein functions by anchoring the top two layers of the skin, the epidermis and the dermis.

In self-improving DEB, symptoms emerge in newborns and alleviate spontaneously within the first few years of life. This rare subtype is characterized by a localized accumulation of defective type VII collagen in skin cells that diminishes over time.

The case report follows five patients from Southeast Asia with self-improving DEB. Patient 1 is a girl of Malay ethnicity and the only patient with a family history of skin blistering. Her diagnosis was not genetically confirmed due to her parents’ refusal of such testing. The girl’s symptoms — including erosions on the face and abdomen, as well as blisters on the hands and feet — regressed over the first year of life.

Patients 2, 3, 4, and 5 all had symptoms that regressed as early as age 6 months with no recurrences. These symptoms included blisters and erosions in the hands, legs, and mouth. Two of the patients are of Malay ethnicity while the others are of Chinese or Sudanese descent.

Genetic analysis revealed four unique disease-causing mutations in COL7A1. Computer modeling tools predicted that each of the variants can cause the disease.

Analysis of the skin tissue revealed reduced levels of type VII collagen compared with healthy skin in the basement membrane, the junction between the epidermis and the dermis. In patient 4, levels of type VII collagen were lower in the epidermis and higher in the basement membrane compared with the other three children whose skin biopsies were performed at an earlier age.

The researchers speculated that the specific pattern of type VII collagen localization in skin cells, which had been previously observed in self-improving DEB patients, might be an early indicator of a favorable prognosis.

Taken together, the study “further adds to the existing pool of COL7A1 pathogenic [disease-causing] variants and increases our understanding of this rare [disease], especially in patients from Southeast Asia,” the researchers wrote.

“The interesting phenomenon of spontaneous resolution in this mild variant may in future help researchers to understand how collagen VII is normally processed,” they wrote.

The data collected here “may lead to discovery of better therapeutic modalities to treat patients with more severe forms of DEB,” the researchers concluded. 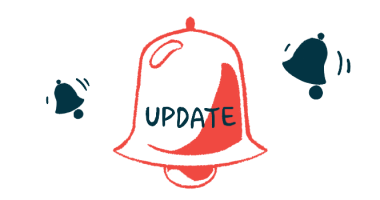